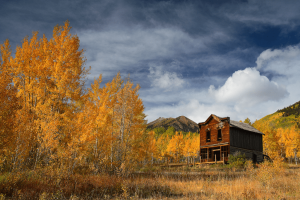 All across the state there are tales of tragedy and mystery. It seems that the spirits of those long-dead can’t escape their old stomping grounds. Today, the sightings of such ghosts are so rampant that tours are offered all across Colorado. It gives the living a chance to brush shoulders with the dead.

If you dare, read on to learn what makes this state so scary, yet so intriguing at the same time. You’ll likely learn of accounts you never heard of. Each one is both frightening and interesting in its own right.

Many people firmly believe that Colorado is the one of the most haunted states in America. After reading the next 10 accounts, you just might agree. Few states have such a broad range of historical locations, hauntings, and tellings that tie in to the dead! 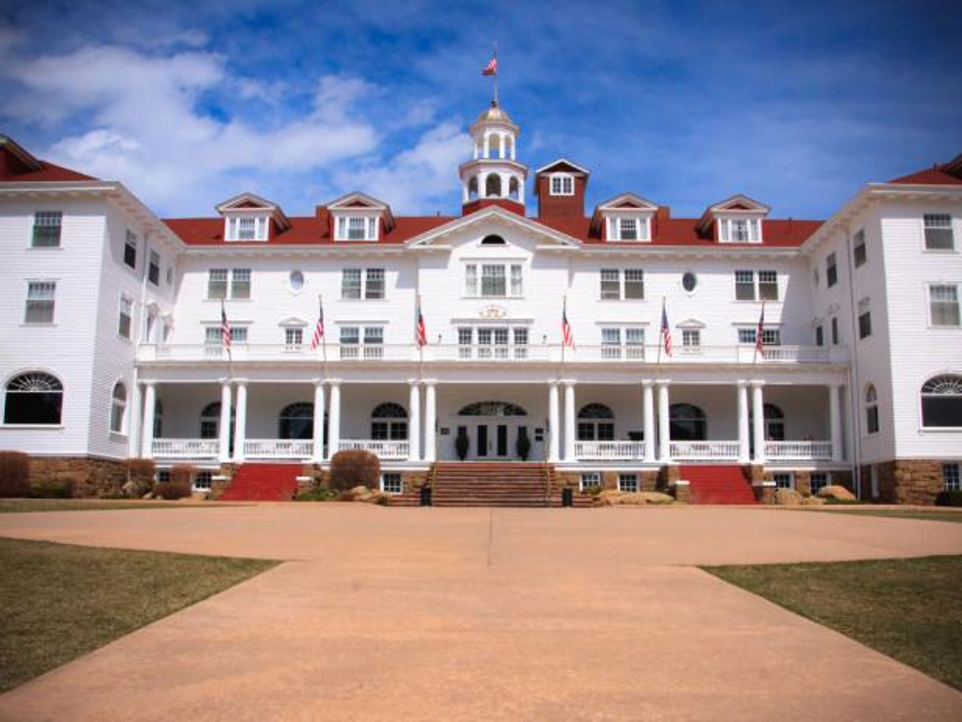 As the inspiration for Stephen King’s ‘The Shining’, it leaves little wonder as to why so many people believe the Stanley Hotel to be haunted.

At well over 100 years old, Stanley Hotel is rife with strange happenings. Visitors claim they can hear children laughing throughout the grounds, even when no one is within earshot. The grand ballroom will sometimes emanate the sounds of a piano playing, all the while empty.

The spirits that inhabit the hotel are said to be so frequent that the hotel actually offers tours. You can wander the halls in search of apparitions if you’re brave enough. There’s even an underground tunnel that many believe holds even more secrets and mystery. 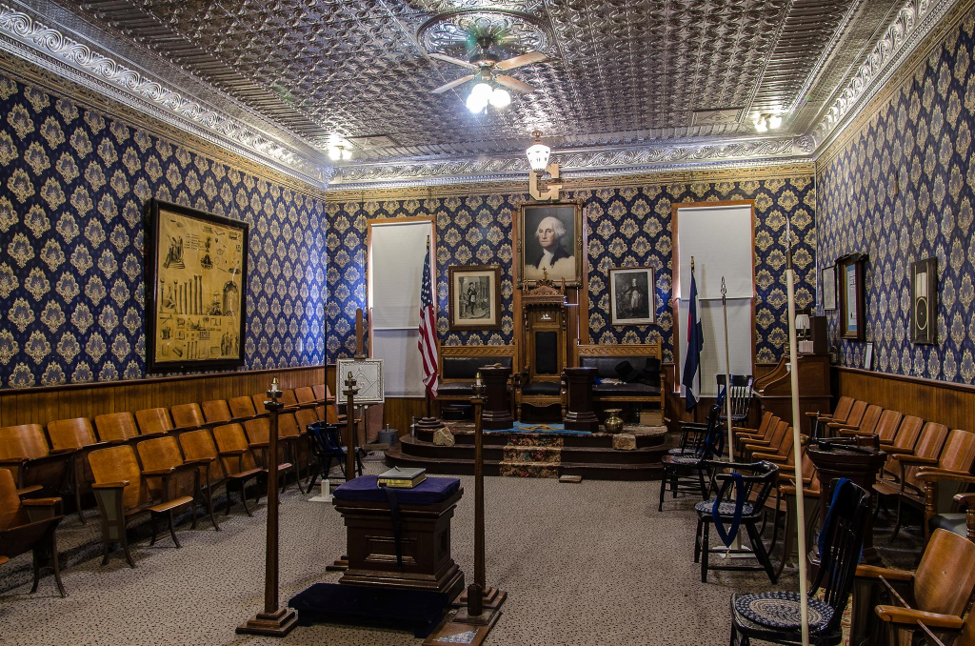 Although it is beautiful on its outset, looking deeper in the Central City Masonic Cemetery tells a much darker tale.

Those who have taken photos in the cemetery at night know all too well of the effect it has on the living. Pictures will often have strange orbs and bizarre figures, ones that weren’t there before.

Visitors have seen a young boy hiding behind trees as they walk the grounds. When they try to communicate with him, he vanishes into thin air.

There is also a mysterious woman dressed in black attire who only appears twice each year. Possibly the long-dead wife of John Cameron, she will frequent his grave and then disappear. 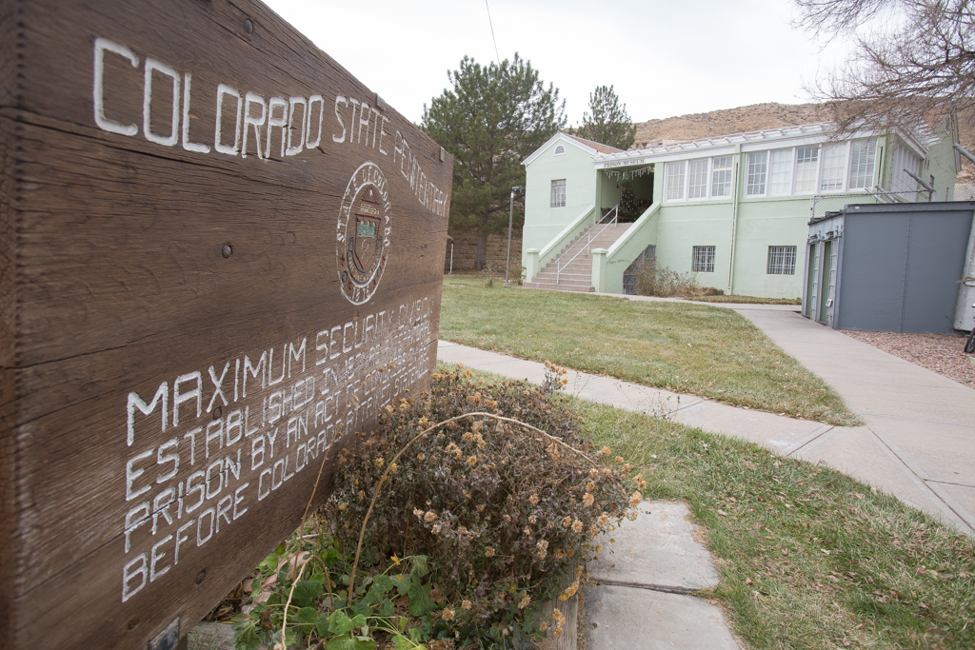 Located in the state’s former women’s prison in Canon City, the Colorado Prison Museum is filled with historical exhibits.

Pictures and programs are on display that tell the story of the crew and inmates who were once housed in Colorado’s state prisons.

But it is what you don’t see that has everyone so convinced of the site’s hauntings. Many visitors have reported unexplainable cold spots that come out of nowhere. You can even pick up the scent of tobacco being burned.

Back when it was an actual prison, a young woman died in her cell. Her very spirit is said to haunt the grounds to this day. 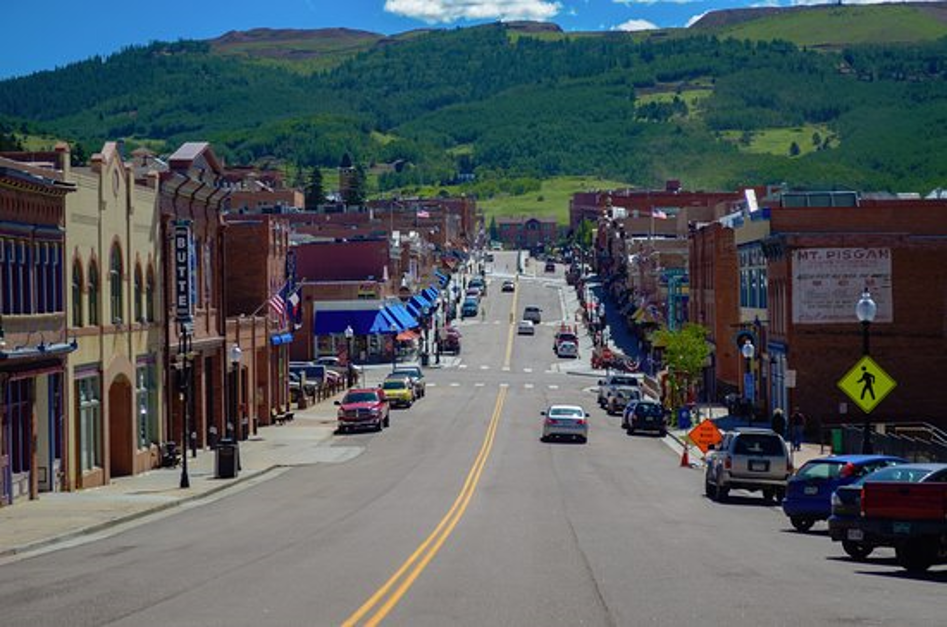 Many casinos line Cripple Creek, like Buffalo Billy’s and the Colorado Grande Casino. The ghostly apparitions that wander this land tell of its rich history.

Guests claim to have witnessed the spirit of a young girl. She is said to appear to be drawing on walls of the casinos. Within the casinos, crew and visitors have seen drinking glasses fly from shelves and crash onto the floor.

There’s also the tale of a ghost named Maggie who likes to play slots after the casinos’ doors have closed. 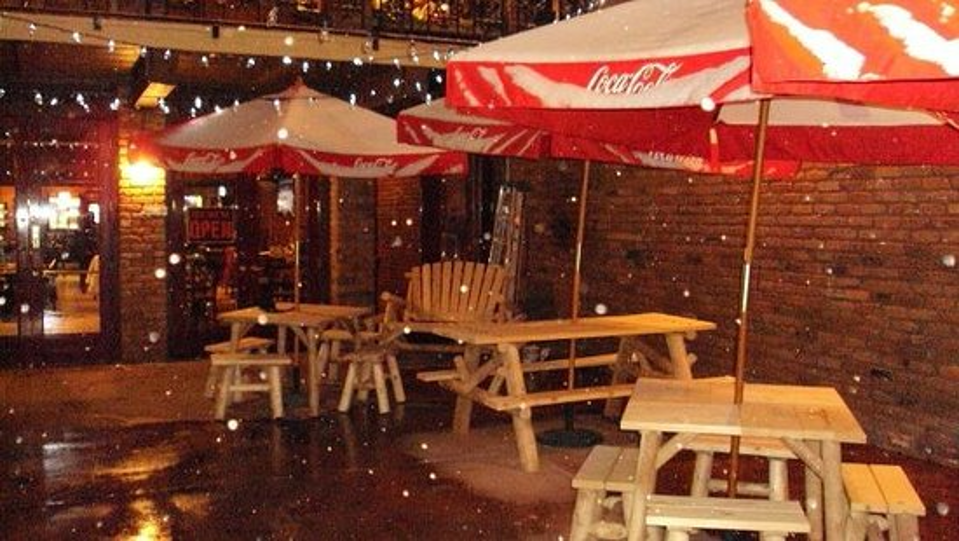 When most people hear of pizza, ghosts usually aren’t the first thing to come to mind. But that’s exactly what you get with this local family favorite.

Within the eatery, the first thing you’ll notice is that it is has no windows. Its dark atmosphere lends to the creepy vibe within its walls.

Doomed From the Start

Ever since opening its doors in 2012, employees have reported strange occurrences coming from within. Cold spots, strange orbs, and flickering lights are pretty common. But weirdest of all is when the pub’s kegs fall over.

These weigh no less than 160 pounds. Yet, night after night, they will inexplicably tip over all on their own. The sudden crash is enough to make anyone jump. While the employees have gotten somewhat used to it, the place still frightens them.

Apparitions have been seen out of the corners of people’s eyes. One such is that of a man walking a small child. 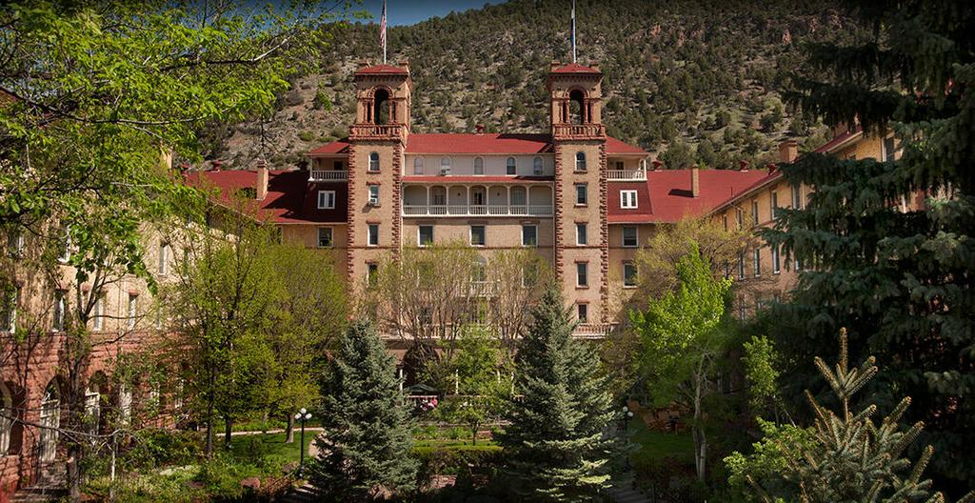 Filled with stunning 19th century architecture, Hotel Colorado was once a hospital during the time of World War II.

It is said that more than 500 wounded soldiers were tended to here. There were even gigantic ovens located deep within its basement that were used as crematoriums to take care of the dead.

Today, those who dare enter the hotel are likely to see one of the many apparitions said to wander Hotel Colorado. Many guests say they have seen spirits floating through its vast hallways or circling the lawn at night.

Either way, with the horrors seen during the war, it’s easy to understand why such a place would be haunted. Many buildings were used as either primary or makeshift hospitals to care for the wounded.

Most of those places that are still around have a long history of hauntings taking place within their walls. 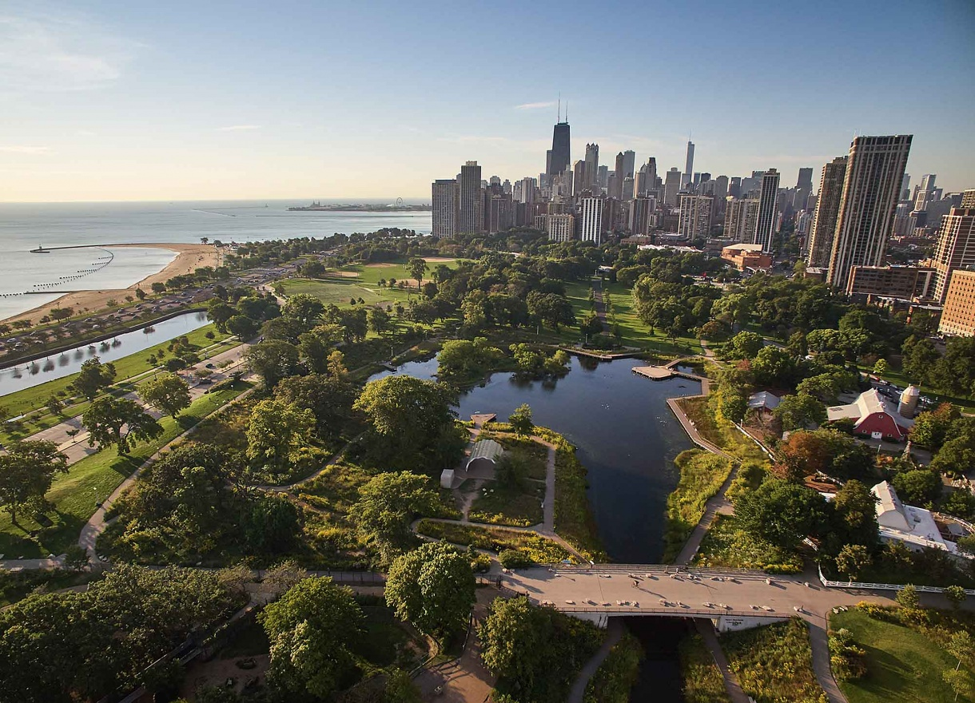 Founded back in 1880, the flourishing town of St. Elmo was very active thanks to its hot spot of silver and gold.

At the height of its popularity, St. Elmo saw more than $60 million come from its land. With so many would-be prospectors hoping to nab a part of the fortune, tragedy was bound to strike.

A brother and sister team arrived to try their hand at mining in the land. With the cold winter months upon them, they attempted to hunker down in an old abandoned spot outside the city.

After everyone had left, these two remained and refused to leave. It got to the point that they were sent to a mental institution. Long since dead, some folks say you can see ghostly figures traversing the lands where these two stubborn miners walked. 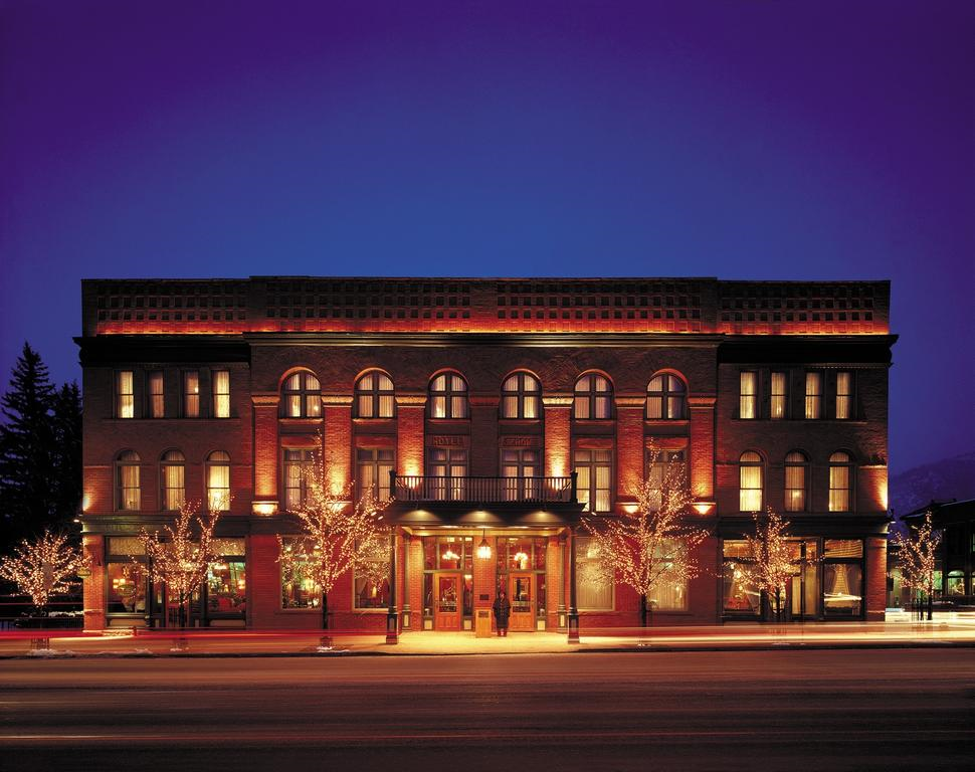 The Hotel Jerome is the height of luxury. It’s not the type of setting one usually thinks about when hunting for ghostly locations.

The Boy and Girl

Built in 1889, those who are wise to paranormal investigations flock to the Hotel Jerome in an attempt to catch a glimpse of the famous ghosts of a boy and girl. The young poltergeists are said to wander through the halls, whispering to guests as they pass by.

It is believed that the young boy drowned in the hotel’s swimming pool years ago. It looks like he has never left, as countless reports have come forward claiming to have run-ins with the young ghost.

It is unknown who the girl is, but many believe it is his sister who has long since passed on, as well. Whatever the case may be, it doesn’t look like either of them are leaving anytime soon. 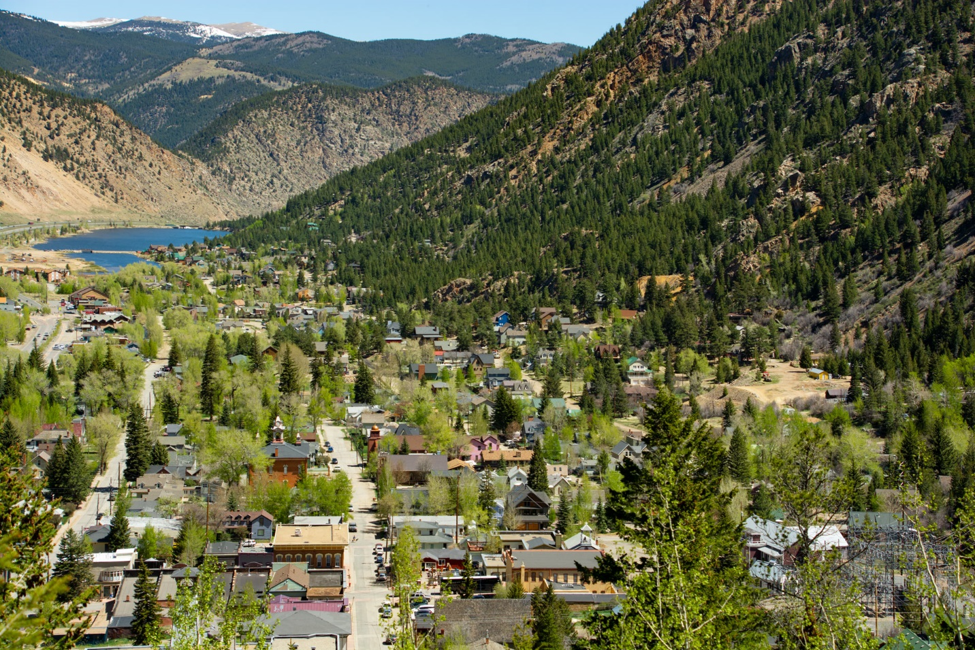 It may be a historic national landmark, but Georgetown is well-known to be haunted by the many spirits who once traveled its streets.

These beings make their presence known so often that ghost tours are held every year. Those who love the paranormal can join the many other lovers of the otherworldly to try and see a ghost or two.

Thought to be mostly those from the 1800s, these spirits seem to be forever trapped on the streets of Georgetown. They don’t appear to be malevolent, and only appear for a moment or two before disappearing into thin air. 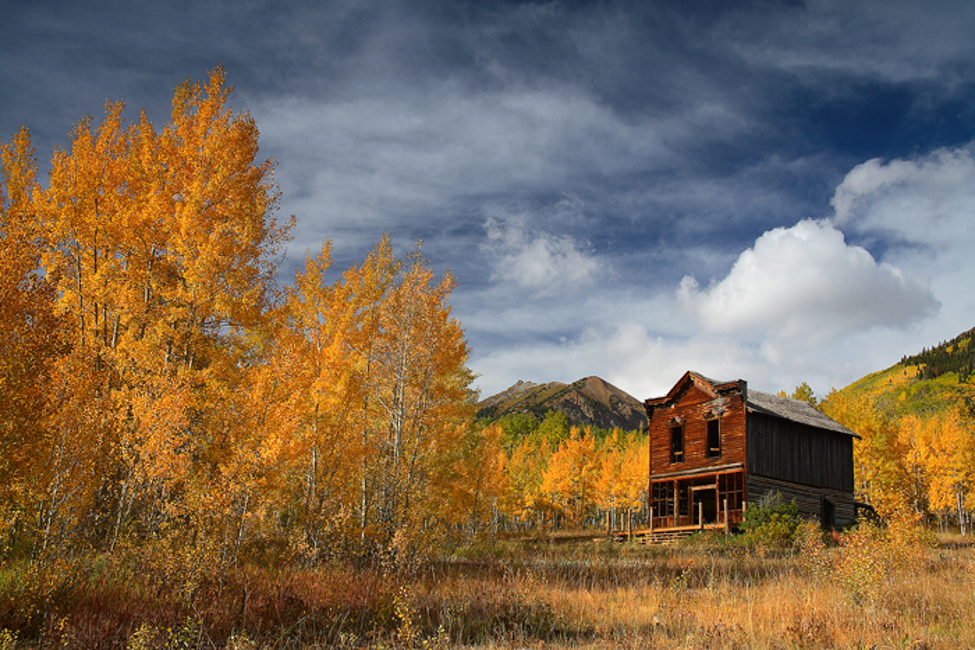 Once part of the gold and silver boom that drew in thousands of people in the 1880s, Ashcroft still stands to this day.

A Night at the View

It has been restored to its natural splendor, with an updated saloon, a post office, and even a hotel. Visitors who have stayed at the View Hotel claim that it is extremely haunted. It is believed that long-dead spirits who died in mining accidents are to blame.

At night, the streets sometimes become the hangout area for lost spirits. These ghoulish entities appear to be drawn to the very roadways that they once traveled on.

With the gold boom, countless souls entered Colorado’s lands to try their hand at mining. While the exact number is unknown, many of these inexperienced miners lost their lives trying to get rich quick.

All throughout Colorado, these ghosts wander aimlessly as they try to relive the old days when they were still alive. 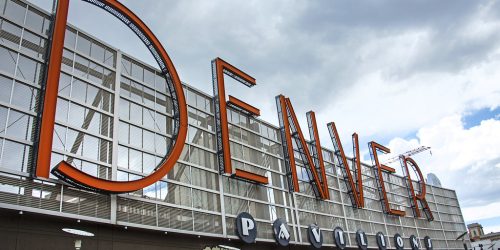 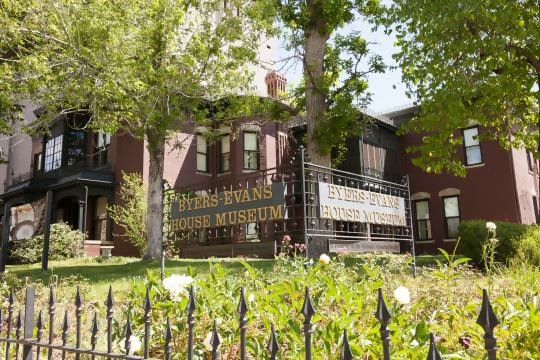 The Byers-Evans House Museum Posted on November 16, 2019Denver, Colorado is sometimes a neglected big city. The history of Denver is rich. This town was once a thriving frontier that saw the silv...
Read More 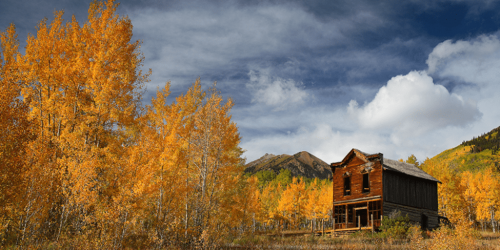 All across the state there are tales of tragedy and mystery. It seems that the spirits of those long-dead can’t escape their old stomping grounds. Today, the sightings of such ghosts are so rampant ...
Read More