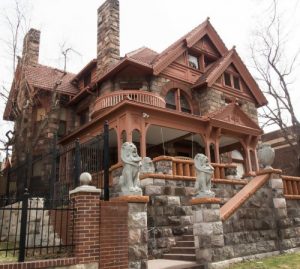 What do the Titanic, Denver, Colorado and a female philanthropist all have in common? All three of them are intertwined in the Molly Brown house located in Denver, Colorado. This house has a place of great historical significance in Colorado, and local, history. It is said that the original owner still walks the halls of her home today. If you travel out to Denver, a stop at the Molly Brown House Museum should definitely be on your list of places to see.

This significant house can be found at 1340 Pennsylvania Street in Denver, Colorado. This house was the home of noted American philanthropist, activist, and socialite Margaret (Molly) Brown She was also called” The Unsinkable Molly Brown” due to the fact that she survived the sinking of the Titanic. The museum is part of her former home and showcases exhibits which represent her life and that of Victorian Denver, as well as historic preservation. Molly Brown’s home was listed on the National Register Of Historic Places in 1972. 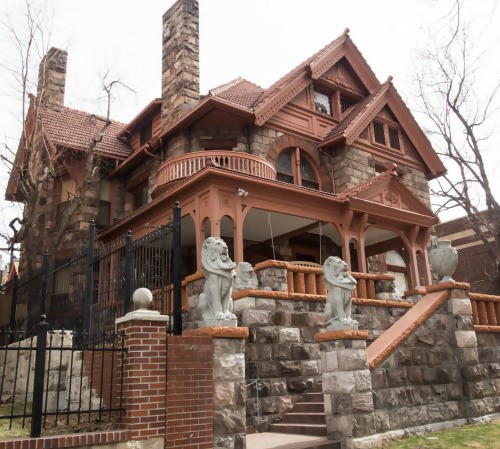 History of the home

The Molly Brown house was constructed in the 1880s by an architect named William A. Lang. He was able to incorporate several different popular styles of the time period, including Queen Anne style for the original owners, Isaac and Mary Large. The Larges experienced financial difficulty when the Sherman Silver Purchase Act was repealed and they ultimately had no choice but to sell their home. The house was purchased by Molly’s husband, James Joseph Brown, in 1894. He purchased the home for $30,000 and he had the title transferred over to Margaret in 1898 since he was in bad health.

It is interesting to know that Margaret and her family traveled often. Since the house was left empty, they rented it out. In 1902 the house was used as the governor’s mansion at the invitation of Molly Brown since the Governor’s Mansion was being remodeled. Starting in 1926, Margaret turned their home into a boarding house and left it under the supervision of her housekeeper.  When Molly passed away in 1932, the home was sold. It was used as a rooming house for men, a Jane Addams Hull House settlement, and rooms and apartments for rent.

In the 1970s the house had become so deteriorated that it was slated for demolition. Fortunately, a group of citizens formed the group, Historic Denver, and they raised the funds needed to restore the home. They used architectural research, paint chip analysis, and original photographs taken in 1910 as guides to reconstructing it.

Who was Molly Brown?

Born Margaret Tobin, Molly lived in the small town of Hannibal, Missouri. Her eventual husband was JJ Brown and he was 12 years older than she was. JJ Brown was wealthy, having made his riches in Colorado mining. Molly quickly became a notable figure in Denver’s high society. Although some in society did not appreciate her humble beginnings, she was a good person.

Molly was sailing alone on the Titanic in first class. This was the maiden voyage for the ship. As things started to go horribly wrong that fateful night, Molly took action.  She personally assisted helped the crew in loading people into many   lifeboats before they finally convinced her to get in one. Once at sea, Molly insisted that the lifeboat go back and search for any possible survivors. This happened despite the protestations of Quartermaster Robert Hitchens. Because of her bravery and selfless acts, her fellow lifeboat passengers christened her “The Unsinkable” and the nickname stuck. This also made her one of the Titanic’s most famous survivors.

Is the Molly Brown house haunted?

Since Molly Brown lived a happy life, is it possible that her house is haunted? The only tragic part is when her house was left to deteriorate before being restored. The truth is, many people and visitors have reported odd incidents at the Molly Brown House.

It has been reported that at times you can smell a pipe. In fact, it is said to be the smell of JJ Brown’s pipe that he liked to smoke. Since smoking is not allowed in the museum, this is an odd incidence.

Museum workers and tour guides also report other strange things that happen. They have noted that lightbulbs inexplicably become undone. This makes it necessary for the museum staff to check them and fix them as needed. In addition, museum staff have also noted that at times the furniture in the Molly Brown house has been rearranged. And the furniture is rearranged by what appears to be a woman wearing Victorian dress.

Staff of the museum have also noted other paranormal activity. It has been noted that Molly and JJ as well as other family members can be seen or felt roaming the home. Other staff and visitors have reported feeling spots in the house that have a very strange cold feeling to them. 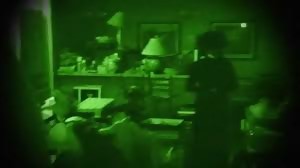 Without a doubt, old and historic Victorian homes lend themselves to the possibility of the paranormal and the Molly Brown House Museum is no exception. If you are in Denver, it is worth taking a tour to see for yourself. In fact, there are several places in the Denver area that are said to be haunted. It makes a great weekend getaway in the Fall.

Molly Brown was by all accounts an amazing woman. She was fearless and helped others without question. Although she was not born into high society, she made her way through it after marrying her husband JJ. After JJ Brown purchased their home, he had the deed transferred to her name because of his poor and failing health.

Over the years, Molly Brown and her family spent time traveling so the house was often empty. She decided to rent it out. At one point Molly even invited the Governor and his family to stay there as the governor’s mansion was being remodeled. Eventually the house would be used for a boarding home for men and have rooms to rent.

Molly Brown’s most notable act happened as a passenger on the Titanic. When the ship started to sink, Molly sprang into action. She helped the crew load passengers into lifeboats to get them to safety. In fact, she had to be persuaded by the crew to finally get into a lifeboat herself. And even after she was in a lifeboat, she made them turn around and go back to look for survivors that might need help. This earned her nickname “The Unsinkable Molly Brown” and the nickname stayed with her.

Molly Brown and her husband JJ loved their home on Pennsylvania Street. Today museum staff and visitors report many strange activities at the home. Oftentimes they can smell the smoke of a pipe-and smoking a pipe was JJ’s favorite pastime. People have reported lightbulbs that are taken out. There have also been reports of a woman in Victorian dress that rearranges the furniture in the house. And visitors and staff alike report seeing images wandering the hallways and feeling cold spots in the home.

There is much to do if you decide to head out to Denver. There is skiing, hiking, shops and arts. It is a great area of the United States to visit. And if you are there, check out 1340 Pennsylvania Street.

Perhaps Molly Brown feels she can still do good deeds and help others? Or maybe she just loved her home so much that she hates to leave it? Either way it is worth taking a tour and seeing (hoping) that you can experience first-hand some of this paranormal activity. And as an added bonus, the entrance fee for the museum and tour goes towards the upkeep of the house. Surely Molly Brown would approve of that!