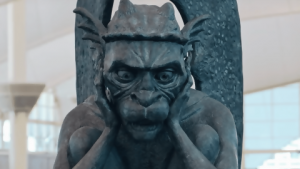 An international airport does not seem to be someplace that would be haunted or have paranormal activity. However, Denver International Airport just might be the exception to that rule. Let’s take a look at the airport and maybe its history will give us some clues.

Denver International was officially opened in 1995. It offers non-stop service to 215 different destinations. The airport features 23 different airlines that fly throughout North America, Latin America, Europe and Asia. This airport is home to the second largest domestic network in the United States as it has 189 US destinations. Internationally, Denver is the 20th busiest airport in the world and the 5th busiest in the United States.

The years 1980-1983 saw the Denver Regional Council of Governments look into six areas for a new metro area airport. The location would be north and east of Denver. In September 1989, Denver Mayor, Federico Pena and federal officials authorized the outlay of the first $60 million for the building of the new airport

Thanks to poor planning and multiple design changes, the opening day kept getting pushed back. In fact, United Airlines kept updating their requirements, which added to the delays. The city invited reporters to come and watch the new automated baggage system that had been put in place. It was a disaster. Clothing and personal items were tossed about and the actuators that moved the luggage between the belts would throw the luggage right off the system instead. Once again, the opening was pushed back. The airport could never get the baggage system to work correctly and it was ultimately cancelled in 2005.

Denver International hosted a fly-in on September 25, 1994. At this event there were several hundred aircraft, which gave pilots a chance to operate in and out of the new airport, and to look around on foot. Controllers with the FAA had the opportunity to test procedures, and to check for holes in radio coverage as planes taxied around and among the buildings. Denver International Airport finally opened on February 28, 1995. It was 16 months behind schedule and it cost $4.8 billion, which was $2.2 billion over budget. The airport needed 11,000 employees to aid in the construction. 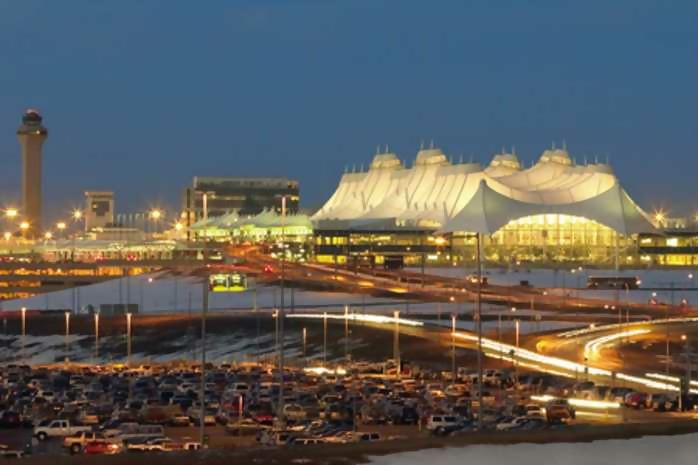 How is it haunted?

An over budget and behind schedule airport may seem to be pretty normal. But Denver International Airport has been plagued with theories and hauntings since it opened. There are some people who take issue with the murals and statues on the inside. And there are others who take issue with the site it was built on. Here is a more in depth look at those interesting theories.

It’s built on a sacred site

There are some people who theorize that the airport is built on top of a sacred burial ground that the Native American Indians used. They reason that the cause of the automated baggage syste never working right and all of the delays in construction were due to spirits being disturbed. Some passengers today tell you that they feel a “presence” when walking through the terminals.

There are so many other theories surrounding Denver International, so we will start at the entrance and work our way in. 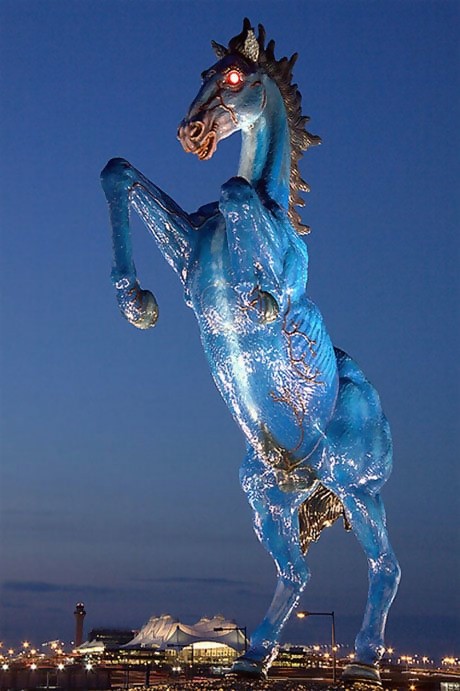 At the entrance to the airport is a terrifying sculpture of a horse. This piece is called ‘Blue Mustang”. It shows a horse rearing up on its hind legs. And it has a bright orange eye. This gives the horse a terrifying presence. While the sculptor was working on the horse, a part of the sculpture fell on him. Unfortunately, it severed an artery in his leg and he died.

Inside the airport one only has to look up to see the next terrifying aspect of the place. There are gargoyles, perched up high, just staring down at you. The artist said that he thought of the airport as a cathedral. And then he was inspired to add the gargoyles as a symbol of protection, as if they are looking out for luggage and passengers. But surely, he could have picked a better protector than a pack of gargoyles with the rolling eyes and gnashing teeth.

There is also the matter of the murals that decorate the airport. These colorful murals at first glance seem innocent. But on closer inspection, a sinister theme seems to appear. These murals are intended to show happy children at peace with nature. What they do reveal, though, is more evil. A closer look reveals a Nazi soldier with a skull in place of his head. There is also a quote from a child who died in a concentration camp. What the murals really emphasize is the New World Order taking over all of society.

There is also the use of the Freemason symbols. This automatically brings up suspension of Illuminati and secret societies. The builders, however, say that it is common to use the symbols when masons are involved. And regular masons were used in the construction of Denver International Airport.

Anything fishy about the layout?

The layout of Denver International Airport gets some attention as well. People are quick to point out the runways are actually laid out in a swastika design. Still others point out that it is in the shape of a giant spider.

Beneath the surface of Denver International is a whole other layer of intrigue and suspense. There are theories that say aliens are kept underground as part of a secret government holding area. There are also other theories that posit that underground are miles of walkways and secret bunkers. They feel this is a massive underground bunker meant to house politicians and people with money in the event of a disaster. And it does not help to know that you cannot go underground and view the tunnels. Access is denied. 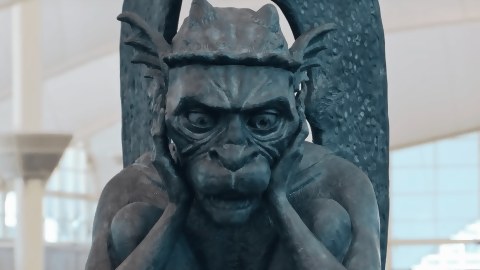 Denver International Airport is one of the largest and busiest airports in the United States and the world despite being a relatively young airport. Construction went way over schedule and way over budget. This was due to changes in requirements.

Some of the problems that the airport continued to suffer from led some people to think that was because it was built on sacred burial ground of Native Americans. It is never a good idea to disturb the final resting place of your ancestors.

Other people feel that the whole airport is creepy. The start by pointing out the Blue Mustang horse statue. This demonic looking horse has a fiery red eye that glares at people. And during it construction, it fell and landed on the sculptor killing him. And the colorful murals are another glaring issue for theorists. This seemingly childlike and colorful paintings reveal terrible and sinister details upon closer inspection. Truly they are not child friendly at all. Find the cornerstone of the airport and you will see the inscribed Freemason symbol there. Combine these facts with reports of passengers noting that they feel “cold” or that they feel a “presence” when walking through the terminals and you have the perfect recipe for a haunted airport.

Fly into Denver International Airport at your own risk-and that includes your suitcases as well.