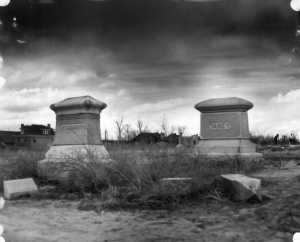 Cheesman Park is located in the Capitol Hill neighborhood of Denver, Colorado. The park is one of the most visited in the Mile High City and attracts many outdoor enthusiasts, joggers, and many others who want nothing more than a peaceful time at the park with themselves or with friends or family. The park is home to the Cheesman Pavilion, which makes the park stand out even more and a place where visitors can sit down and relax. But when night falls, the park becomes a whole different animal. In fact, it is considered to be one of the most haunted places in the entire city (and in what is known to be a haunted neighborhood). Learn about the park and the eerie tale of how it came about as one of the most haunted places in Denver (and maybe even the entire country). 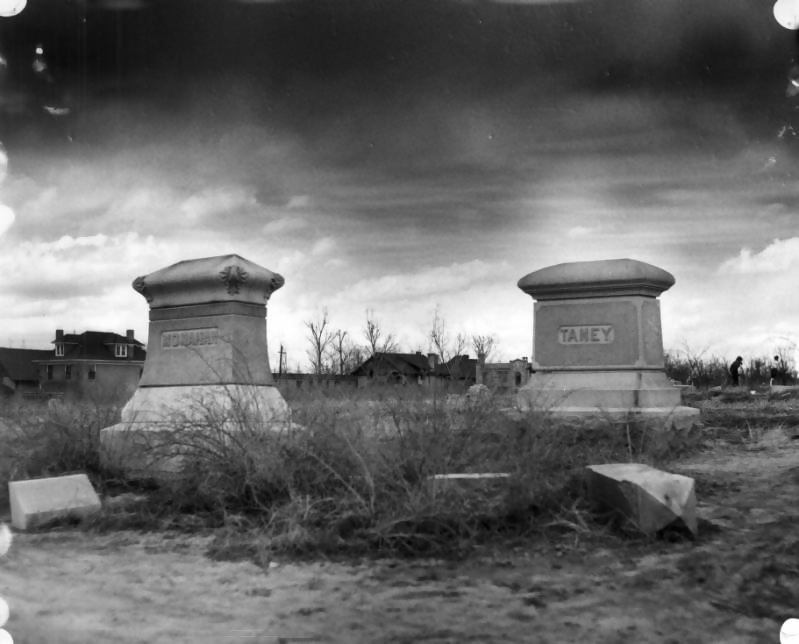 The land was originally a burial ground known as the Prospect Hill Cemetery. The burial ground was known for being away from the city as the dead were mostly victims of yellow fever and illnesses. Rumor has it that the burial ground was also used as a Potter’s field to bury the poor and undesirable citizens of the city. The land was used as a cemetery up until some point in the early 20th century. While plans were underway to repurpose the land as a park, government officials gave loved ones of the deceased a 90 day period to exhume and re-bury the bodies before construction began. However, few bodies were removed since they had no money to do so and therefore left the bodies underground. Many of the bodies buried were members of the Chinese community who worked on the construction of the railroad. Those bodies were removed and shipped back to China for reburial.

While there was a 90 day period in place, many have waited years before they were able to make removal of the bodies of their loved ones possible. However, many of the bodies were those who were poor or were convicted criminals. More than 5,000 bodies were left behind by the time construction of the park began. However, a local mortician paid the city a large sum of money to relocate the bodies himself complete with recently built caskets. In 1893, work began as the remaining bodies were also being exhumed and shipped out to another part of the city. Today, the thousands of bodies relocated are now interred at Riverside Cemetery.

Despite the relocation efforts, there were also problems that lead to some gruesome deeds. Due to a mining accident in Utah, there was a casket shortage that led to problems with the relocation process. Some bodies were being hacked and fitted into as many as three different caskets. Body parts and bones were said to be strewn about and a number of people were known to loot valuables from the leftover caskets. This outraged many citizens of the city and thus lead to the city to cancel the contract to remove the remaining bodies.

Construction of the park finally began in 1894 despite more bodies still needing to be dug up and relocated. Many of the graves were exposed with coffins still intact. Those graves would not be filled until well into the early 1900s. In its place were shrubs and plants that were placed on top of the graves themselves. Construction would last thirteen years when it was finally completed in 1907. The park’s designer, a German architect named Reinhard Schuetze created designs for the park that would allow the planting of trees and shrubs. He would pass away in 1910 before his design ever became a reality.

The Cheesman memorial was added in 1908 as a commemoration to Walter Cheesman, who was one of the first citizens of the city. Cheesman was responsible for starting many businesses that lead to the city thriving and becoming more prosperous enough to bring in more people from all over the country at a time when America was still slowly building itself back up after the Civil War.

The memorial is known as the Cheesman Pavillion. The pavilion has a staircase and a large fountain. The Pavilion was also home to many of the outdoor opera performances that lasted from 1934 to 1972. Throughout the 20th century, there had been renovations and additions made to the park. In 2008, the city approved the planning and construction of a botanical garden. During that time, human remains were unearthed and relocated to local cemeteries. As part of the construction plans, part of the original park’s layout was removed (including some of the parts designed by Schuetze.

The park is located in a neighborhood known as Capitol Hill, situated near the Colorado State House. The neighborhood is known to have been haunted for many years. At one point, the neighborhood had residents who were among the wealthiest in the city (to which it was nicknamed “Millionaire’s Row” at one point). So are the criminals, vagrants, and Denver’s poor citizens haunting the neighborhood of what was the rich and well off? And are they hanging around the park at night as well? 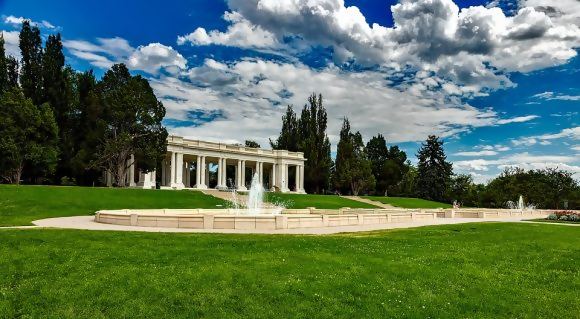 Since it was built on an old burial ground, it’s no surprise that Cheesman Park of all places is haunted. The leftover remains may have been to create a hotbed of paranormal activity like any other. And since there were roughly thousands of bodies left behind, those spirits seem to loom around the park and outside of it in hopes of searching for some kind of answer. Why as their final resting place being disrupted? It has been said that the spirits of those who were also hacked to fit in other coffins still haunts the park, perhaps in fits of anger. A lot of people have heard phantom noises of wailing or screaming at night and have often seen sights of shadowy figures moving about.

While many people don’t know it, they walk the grounds of the park and might be walking on the graves of those who were buried well over 150 years ago. While it might seem disrespectful to knowingly walk on graves, a lot of visitors may not know it (which have made park visitors recall feeling uneasy or even getting eerie feelings while walking around the park). Many frequent visitors have seemed to realize this but still walk the grounds, but they mean no disrespect to the dead that still lay below. Many visitors of the park or those passing through at night have recalled seeing the shadowy figures of children playing in the park before they vanish along with the sun. On well-lit nights (full moon), it is rumored that you’ll still see the outline of graves being visible.

Is Cheesman Park Worth Visiting?

The park is definitely worth visiting (especially at night). So if you dare go to the park at night, don’t be surprised if you end up encountering some pretty spooky things like spirits or even moving figures. There’s a good chance that you’re probably going to get those eerie feelings of visiting the park at night knowing that it was once a cemetery. Be sure to explore parts of the park that are well-lit (for your safety). While there really isn’t a guarantee that you’ll encounter anything paranormal, odds are you’re doing this as part of a once in a lifetime adventure (assuming you don’t reside in Denver). But if you live in the city yourself, consider yourself lucky.

Cheesman Park is still one of the most popular parks in the city despite its sordid past. But if you are looking for an adventure at night, it’s the perfect place to check out for some paranormal activity. But if you happen to be relaxing by yourself in the daytime, you probably won’t be alone. You might be in the company of some spirits who are still trying to figure out what’s going on.