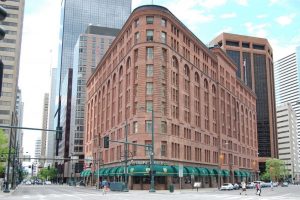 The Brown Palace Hotel in Denver has been open and operating since August 12, 1892. People from around the country were heading out West in the late 1880s hoping to make fortunes with gold and silver. Denver was a common stopping place-people stopped in Denver either on their way to the mountains or on their way back.

A carpenter and real-estate entrepreneur originally from Ohio, Henry Cordes Brown came to Denver in 1860. Along his way out West, Brown enjoyed time in California, Peru, Nebraska and St. Louis, Missouri. Once landing in Denver, Brown purchased several acres of land. One of his purchases, included a triangular plot of land. He originally used the land at the corners of Broadway, Tremont and 17th street, to feed his cow. Mr. Brown made a name for himself when he donated land for the State Capitol building and also when he contributed $1,000 for the founding of the city’s first library.

Henry Brown made himself a fortune when he sold off the rest of his land on Capitol Hill. When he constructed his Palace Hotel, he spared no expense and even hired architect Frank E. Edbrooke to design the place. In 1888, work on the Brown Palace Hotel began. Henry Brown was trying to make it one of the best hotels in Colorado. Mr. Edbrooke designed the Brown Palace Hotel in the Italian Renaissance style. He also made use of Colorado’s red granite and Arizona sandstone for the exterior.

As a finishing touch to the newly completed hotel, artist James Whitehouse was commissioned to create 26 medallions that would be carved in stone. Each stone would showcase the animals of Colorado. These beautiful carvings can still be appreciated today. They are found between the hotel’s 7th floor windows on the outside and are still visible today.

Edbrooke constructed the lobby in an atrium style and there are balconies eight floors up from ground level. These balconies are surrounded by cast iron railings with ornate scrollwork panels. Somehow during installation, 2 of the panels were put in upside down. They remain that way to this very day.  For the lobby, Mr. Edbrooke brought in Mexican onyx and he also used this for the Grand Salon on the second floor and also in the ballroom on the 8th floor.  It is interesting to note that no wood was used for the floors or walls. Instead, they used hollow blocks of porous terracotta, which were fireproof. This made The Brown Palace the second fire-proof building in America.

In total, the Brown Palace Hotel cost $1.6 million and another $400,000 for furniture. Finally, The Brown Palace was ready to celebrate its grand opening. The Hotel boasted 400 guest rooms (compared to 241 today) and they could be rented for between $3 and $5 a night. This remarkable hotel sits on a triangular plot and it sits at a 45-degree angle. 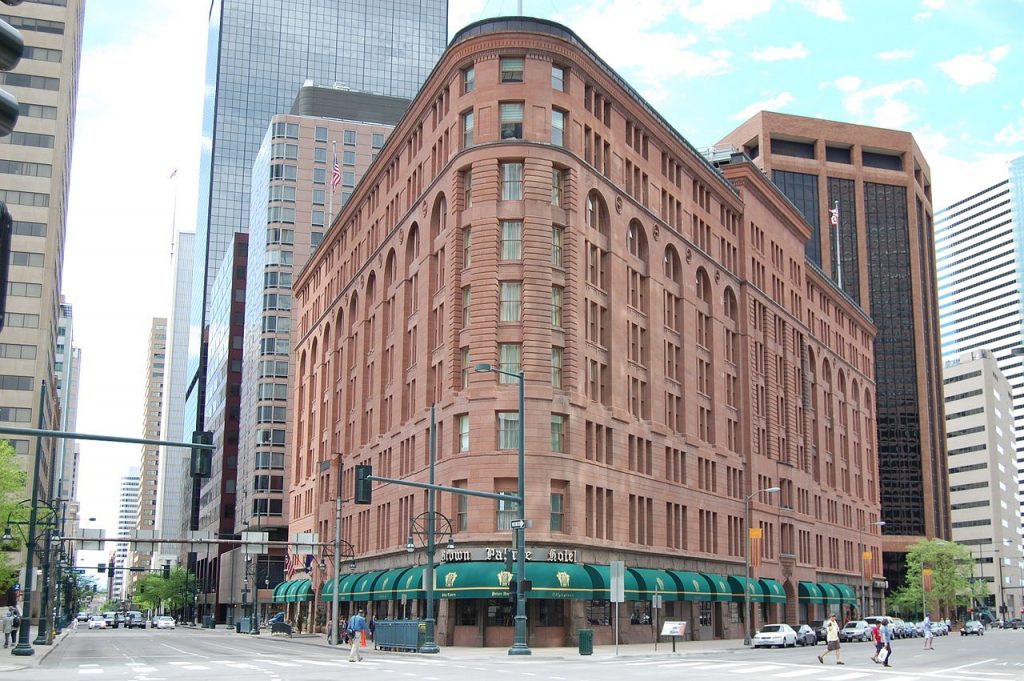 How is it haunted?

The Brown Palace Club is located in the 45-degree angle section of the triangular hotel. It is in this part of the building that the ghosts are found. Some people have reported lights turning on and off by themselves. Other people have noted that something appears to be crawling underneath the rug. And many have reported seeing a man in the Club entrance. He appears to be wearing a dark suit or uniform and a cap. He is usually described as appearing to be an old fashioned railroad conductor. When people try to approach him, he silently floats away to the ground floor and then disappears into the wall of the 90-degree corner of the hotel. An interesting fact about the building is that when the hotel first opened, the ground floor was actually encircled by retail shops and businesses – including the Rock Island Railroad ticket office, which was located in the very corner where the man vanishes.

It is said that a Denver socialite, Louise Hill, once lived in room 904 of the Brown Palace Hotel from 1940 to 1955.  When the hotel began to offer tours, the story of her life was told to the visitors. The woman suffered a terrible heartbreak over a lost love. While the tour was underway, the switchboard suddenly started getting calls from room 904. The only problem was, the room was being renovated and there were no visitors staying in the room. There were no furniture, lights or telephone lines in the room at the time. 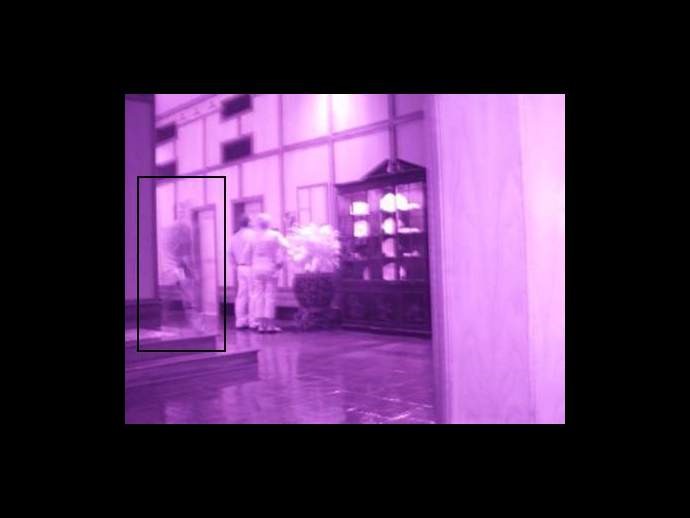 The Brown Palace Hotel has a dining room, which was once called the San Marco Room. It is here that big bands played were brought in to provide entertainment for dinner guests, and later the San Marco Strings entertained as well. Legend has it that one night an employee heard music coming from what was supposed to be an empty room. He entered the room and saw musicians dressed in formal wear and practicing their music.  When the employee told them they were not supposed to be there, the musicians replied “Oh, don’t worry about us. We live here.”

Other people at the Brown Palace Hotel have reported seeing a uniformed waiter. He is usually spotted in the service elevator. And ghostly children have been reported happily running in the hallway. And sometimes, employees have said that they hear a baby crying in the boiler room. 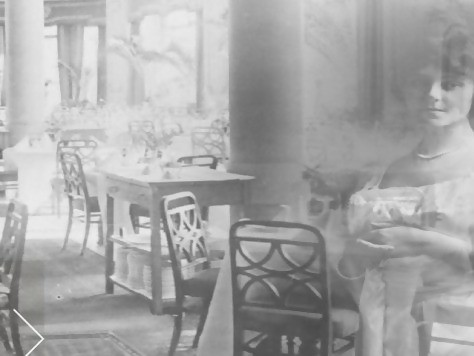 Since it was opened, the Brown Palace Hotel has operated continuously. This hotel was a place for Denver high society to see and be seen. It was placed strategically, too. It offered a place to stay for those lucky hopefuls heading west looking for gold and silver. And it offered a place for those to rest who were returning after a disappointing mining trip.

Henry Brown was a carpenter and real-estate developer who purchased this tract of land. He hired architect Frank E. Edbrooke to design the new hotel. In 1888, work on the Brown Palace Hotel began. Brown was confident that he could turn his hotel into one of the best in Colorado. Mr. Edbrooke designed the Brown Palace Hotel in the Italian Renaissance style. He also made use of Colorado’s red granite and Arizona sandstone for the exterior. This was perfect as it made use of natural materials that could be found locally and it also made the building fireproof.

Artist James Whitehouse was commissioned by Brown to create 26 medallions that would be carved in stone. Each one of the stones would depict an animal of Colorado. These beautiful carvings can still be admired today.

Of course, an older building from years gone by lends itself to ghostly hauntings. The Brown Palace Hotel is no exception. If you happen to travel out to Denver, stop in the hotel and look for some of these apparitions.

It is very possible that you might encounter the train conductor. He is seen wearing an old fashioned conductor’s suit and cap. If you try to follow him, he will disappear in the 45-degree angle of the Club; the same spot that originally housed the ticket office.

You might also hear the musicians playing in the ballroom. They are definitely a holdover from the after-dinner entertainment the hotel used to provide for their guests. And don’t trip over the rug. It has been reported that there appears to be something scurrying around underneath it. You should also keep an eye out for Louise Hill in room 904. Unrequited love has doomed her to a life of sadness. And finally, you might hear young children laughing and playing and a baby crying.

Denver is an interesting city to visit. There are plenty of historical sites to see and places to visit. If you are traveling out West, a stop at the Brown Palace Hotel should definitely be on your itinerary.